On the first weekend of September, the Luxembourg Kyudo Federation hosted the European Kyudo Federation Shogo Benkyokai in the Cécile Ries elementary school gym in Mersch. Over those 2 days, european kyudo teachers of the ranks of Renshi and Kyoshi came together in Luxembourg in order to deepen their understanding of the way of the Yumi. The teachers delegation was led by Sigurdsson Tryggvi Sensei, Kyoshi Nanadan and Dolphin Ray Sensei, Kyoshi Nanadan.

After the opening ceremony on the first day, a Ya Watashi was performed. This shooting ceremony is performed by 1 archer (Ite) and 2 assistants (Kaezoe). Unlike in other shooting forms, the 2 arrows are brought back to Ite by Daichi Kaezoe after the shooting is completed. All participants of the seminar performed Hitote Gyosha and the technique and Taihai was reviewed by the teachers of the seminar.

During the afternoon session, the Japanese Ambassador in Luxembourg, his Excellency M. Okuyama Jiro and Mersch town councellor M. Michel Reiland attended the event. During their exchange M. Okuyama emphasized the importance of exchange between European countries and Japan through Budo. M. Schroeder, President of the Luxembourg Kyudo Federation, underlined how the hosting of the seminar was a way to give back what Luxembourg Kyudojin have received over the years in seminars in many European countries. M. Reiland explained how Mersch municipality is supporting sports, and Kyudo in particular, while M. Gerald Zimmermann, president of the European Kyudo Federation, stressed the importanc of the EKF Shogo Benkyokai as way for European kyudo teachers to meet in person, especially after 3 years without this possibility.

Hitotsu Mato Sharei was performed as a demonstration for the visitors. During this ceremonial shooting, 3 archers shoot on one single Mato. It was explained to visitors that this is a form of Sharei only used for special occasions. Visitors were encouraged to appreciate not only the shooting but also the harmony between the 3 archers throughout the shooting ceremony.

During the second day of the seminar, participants could continue to gain insight into particular aspects of Kyudo through the guidance of the highest ranking Kyudo teachers in Europe, as they had the opportunity to practice Hitotsu Mato Sharei during the morning session.

The seminar was ended for lunch and participants started to depart for their home countries in the afternoon. During and after the closing ceremony, teachers and participants expressed their thanks to the team of the Luxembourg Kyudo federation for preparing the seminar and taking care of all participants. 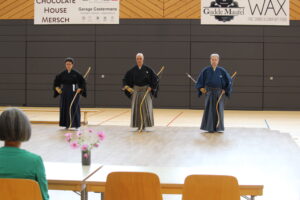 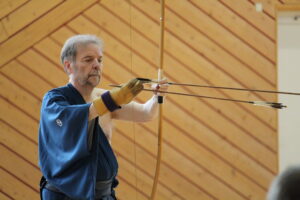 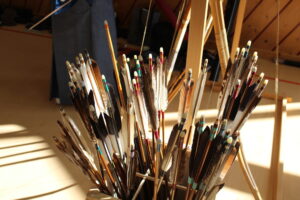 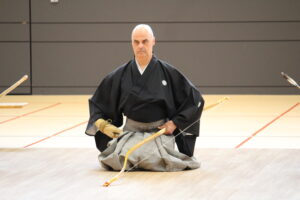 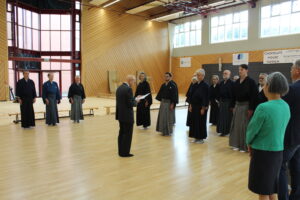 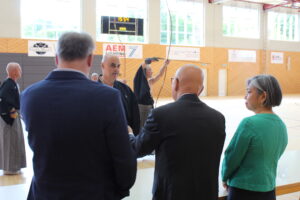 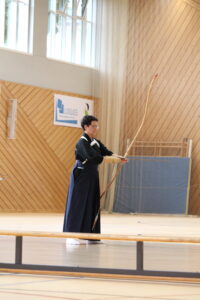 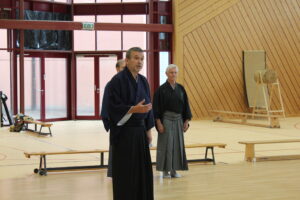 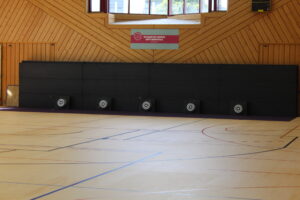 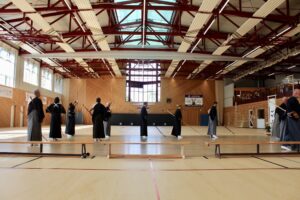 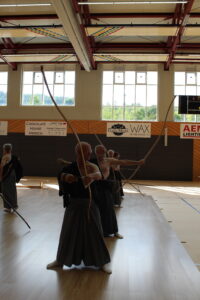 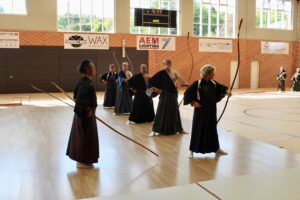 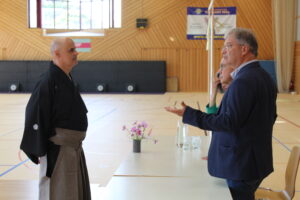 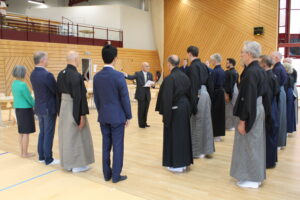 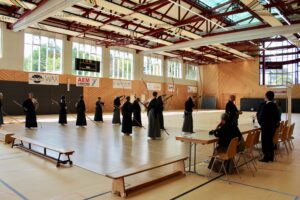 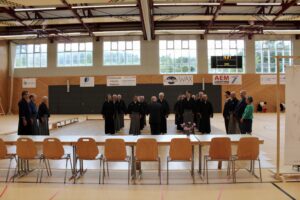 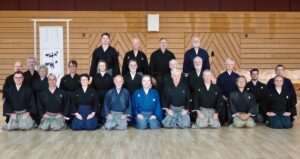 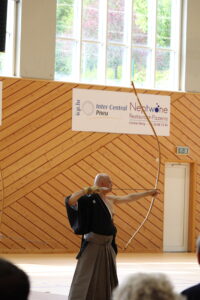 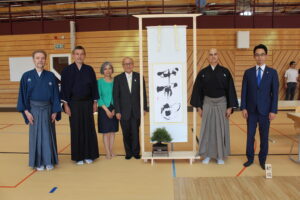